Breathing often sets the upper limits of our performance and yet it a largely untapped aspect of training. It’s untapped because it’s simple and the appeal of other training methods like lifting big numbers in the gym or wearing a GPS unit which tells how much ground you have covered is far greater and looks better.

You can turn this into a massive advantage for you. While trends change, from functional training, HIIT, to olympic lifts and back to strength training, a lot of people are missing one of the key trainings, which is their breathing.

We get it, getting your breathing to be quiet and efficient doesn’t sound as good as I dead-lifted 200kg today but we aren’t talking about bragging rights here.

We are talking about breathing, the baseline of all performance, and the thing that you carry with you long after you put the weights down.

The reality is that many people are shooting a cannon from a canoe. They are strong, mobile and fit but they are missing the stable base, the one rooted in efficient breathing. Let’s get the foundation solid first and then you can build the house you want.

Suitable for adults of all ages, fitness levels, and health profiles. 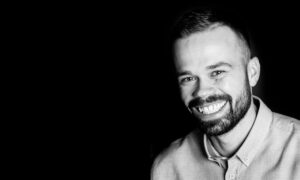